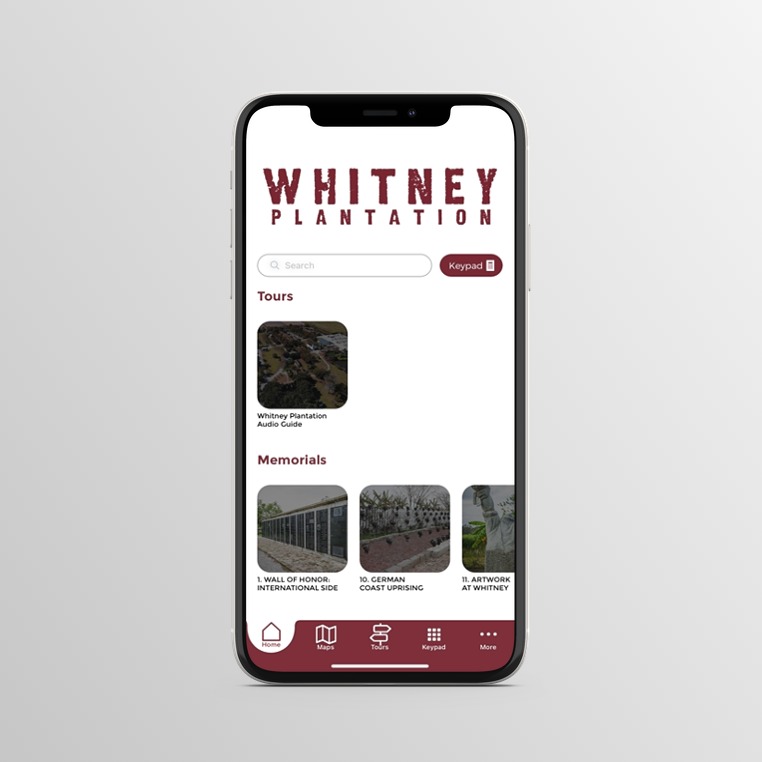 The Whitney Plantation had been working on new ground breaking content. In comparison to so many other themes of storytelling at historical plantations, the team at the Whitney wanted to focus solely on the stories of the slaves who were held in bondage and made responsible for running the plantation. The stories the team were producing are paramount to providing visitors with an accurate portrayal of history, as well as honoring the lives of the slaves. When the pandemic hit and guided tours were no longer offered due to health and safety concerns, the Whitney needed a solution for bringing these stories to their visitors quickly and safely.

The Guru team stepped in to create a simple and effective native app, so that visitors could safely explore the grounds outdoors on their own devices. The mobile app includes a map of the grounds with points of interest for designating the audio stops of their content. What made this app hugely successful, was the incredibly quick turn around the Guru team was able to execute, when faced with an urgent need from a client. They needed visitors to have exposure to their audio tour, and they needed it whether guided tours were allowed or not. With the app in place, the museum was able to effectively reopen and continue fulfilling its important mission.

When we shut down on March 17, 2020 we were already just about wrapped up on a project with Acoustiguide to produce an audio tour. Their team, and their partners Guru Experience Co. helped me turn that product into an app so that when we reopened in June, we could welcome our visitors with as little contact as possible. To say they worked swiftly would be an understatement. It’s remarkable how much they got done in just a few weeks’ time with no notice.

Make no mistake: if it weren’t for these folks and the tour they built with us, Whitney would not have been able to operate in the last year while guided tours were still banned at the state level. Quite literally, this app helped save our museum.

It’s also free on the app store if you want to check it out yourself! It’s available in SIX languages! I’m unreasonably proud of that fact!”

“Make no mistake: if it weren't for these folks and the tour they built with us, Whitney would not have been able to operate in the last year while guided tours were still banned at the state level. Quite literally, this app helped save our museum.”

We look forward to hearing from you and are excited to be of assistance.

Feel free to reach out to say hi, ask questions, or request a demo!

The first step in bringing your institution to the next level!

We use essential cookies to ensure our website performs correctly for users, including security and network settings. You can disable these cookies through your browser settings but this may affect how the website functions.